The steel of this sword is like no other, having an almost ivory sheen, and its polished surface is as reflective as the finest mirror. Its pommel is wrapped in the hide of a nightmare beast, and the tang is engraved with ancient symbols of power.

The Scourge of Rkard (originally called the Scourge) is the third of the three great swords created by Rajaat—the other two being the Scorcher and the Silencer. Rajaat gave the Scourge to his 13th champion, Borys of Ebe, to be used in his crusade to eliminate the dwarves from the face of Athas. The Scourge drank the blood of many, and soon the Butcher of Dwarves was met by Rkard, the last and most powerful of the dwarven kings. In the terrible conflict that followed Borys buried the sword deep within Rkard’s chest, earning it the name the Scourge of Rkard thereafter.

As the champions of Rajaat planned to rebel against their master, Borys lost the Scourge of Rkard, and it somehow ended up in the hands of surviving dwarves of Kemalok, the lost city of dwarven kings. Over the centuries that followed, the Scourge was kept in the tomb of Rkard until the day that it was needed to defend the dwarves from the ravaging of Borys of Ebe.

Following the death of King Kalak, Rikus came to the dwarves of Kled, built over the ruins of Kemalok, to enlist their aid in defending Tyr from the approaching army of Urik. The Book of Kemalok Kings was stolen by Maetan of Lubar during a confrontation with the Urikite army. For defending the city and by agreeing to help retrieve it, Rikus was declared a Knight of Dwarven Kings and given both the Scourge of Rkard and the Belt of Rank to help him in the arduous battles that were ahead. Though the Book of Kemalok Kings was not recovered, the Urikite army was repelled (even though Hamanu was mysteriously not affected by the Scourge’s powers) and both Kled and Tyr were safe. Rikus returned the Belt of Rank to the dwarves, but was given the Scourge of Rkard by the dwarven elder Lyanius as a reward for his struggles.

During the following decade, Rikus used the powers of the Scourge to help defend Tyr and the rest of the Tablelands from the ravages of the Dragon—otherwise known as Borys of Ebe. After Rajaat was released from his prison Rikus found himself in mortal combat with Borys, with his only weapon the Scourge of Rkard. In the battle that followed, Rikus drove the Scourge deep into the snout of the Dragon, and as a result of the creature’s subsequent thrashing, Rikus snapped the blade in two. The blade that remained impaled in the Dragon began to ooze a black ichor which eventually consumed and killed Borys. The two pieces of the Scourge of Rkard were left at the Ring of Fire following Rajaat’s defeat, and are now guarded by powerful wards placed on the area by Sadira of Tyr.

The sword bestows the wielder with enhanced senses, an immunity to poisons, and the wielder can inspire those around them. If the sword is broken, then an acidic black ichor seeps out of the broken ends. 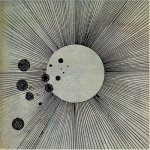