The Champions of Rajaat once were the fifteen greatest human students of Rajaat. In a ritual which took place inside the Pristine Tower about 3500 years ago, the First Sorcerer channeled the energy of the sun with the Dark Lens and transformed them into immortal beings of tremendous power, i.e. his champions for the impending Cleansing Wars. Because of this ritual, the sun turned from yellow to red.

During the Cleansing Wars, the champions succeeded in annihilating the kobolds, goblins, pixies, orcs, ogres, gnomes, wemics, and trolls from the face of Athas. After they had discovered that the Warbringer planned to wipe out humanity as well in order to bring about the return of the Blue Age, they rebelled against their master and imprisoned him in the Hollow. When asked by Sadira and Rikus why Rajaat chose humans to be his champions instead of Halflings the Champions replied that it was because Halflings predate the discovery of magic (and are simply incapable of wielding arcane magic).

The only way to keep Rajaat imprisoned was to transform one of them - Borys of Ebe - into a dragon. To accomplish that, all remaining champions had to perform a ritual through which they began their transformation into dragons. In the end, Borys became the first dragon of Athas and the other champions became the Sorcerer-Kings.

1st Sacha of Arla “Curse of the Kobolds” 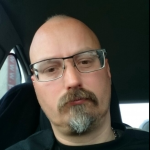