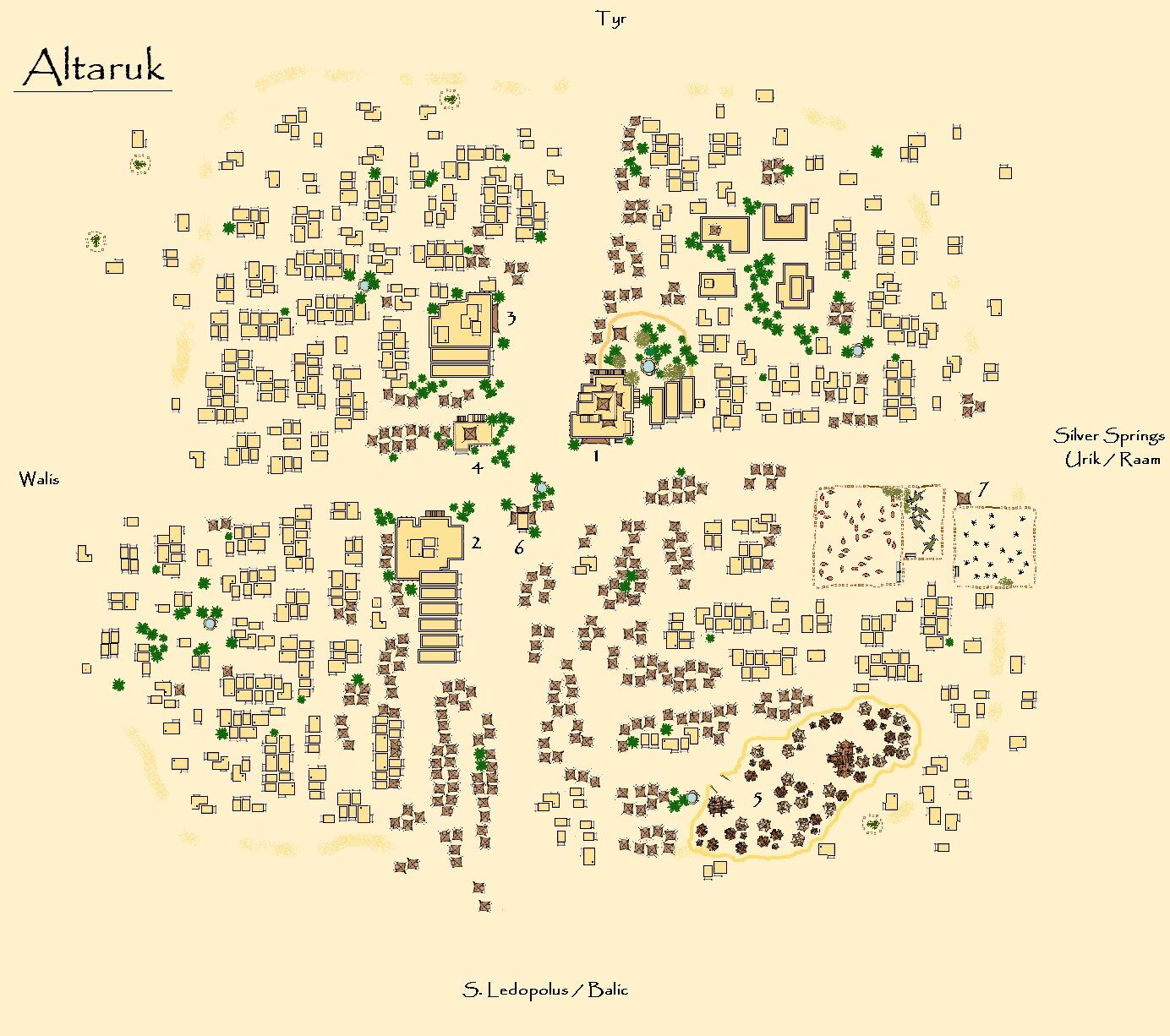 Used as a trading stop between Balic, Tyr, the northern city-states, and the eastern Tablelands. Controlled by Balican merchant houses: Wavir, Rees, and Tombaldor. Governed by Arisphistaneles.

Surrounded by a 15-foot wall gaurded by well-trained mercenaries. The mercenaries maintian a secure preimeter of a half-day's ride. All visitors must pay a security toll charge.

The town contains a Merchant Quarter with a small Elven Market on the outskirt of the quarter near the town gates, and an arena called Bloodsand Arena.

Rumors suggest that the giants of the Estuary of the Forked Tongue plan to attack the town.

Located along the Balic-Try trade route on the head island of the Estuary of the Forked Tongue in the Tablelands.

Retrieved from "https://darksun.fandom.com/wiki/Altaruk?oldid=4256"
Community content is available under CC-BY-SA unless otherwise noted.